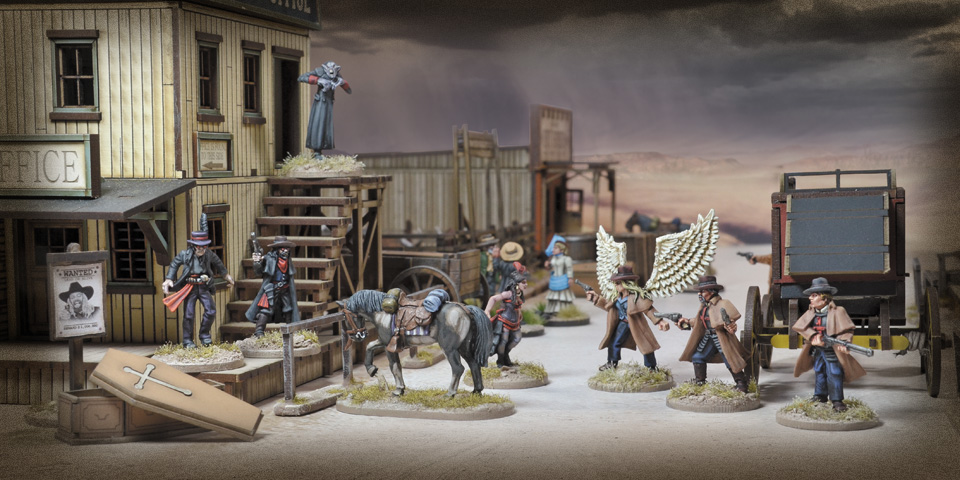 With the release of Mungo Mah Lobeh, the extension of Congo retracing the journeys of Mary Kingsley, find in the download area the travel logs of Mary or Ujuwa. 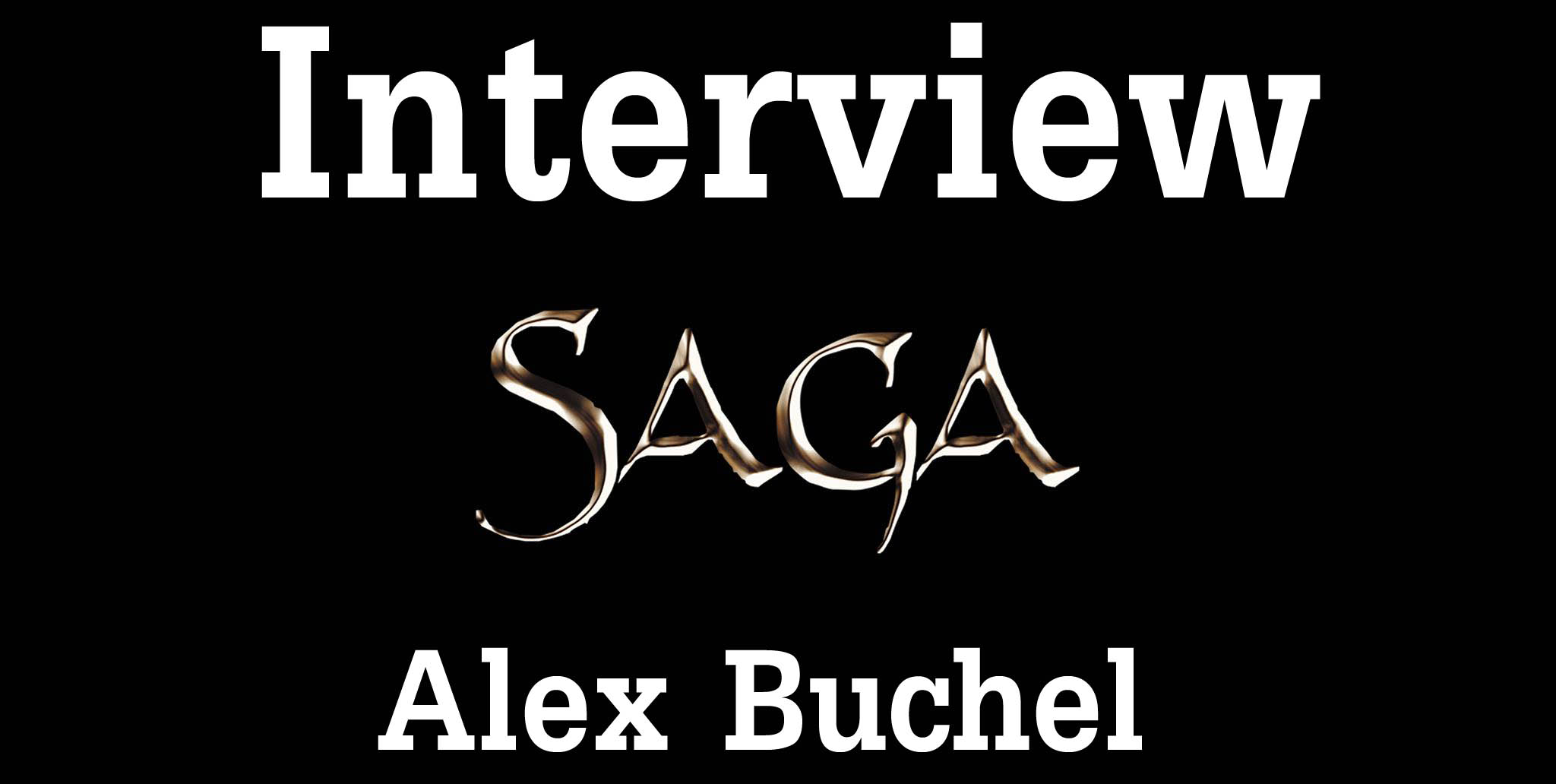 The announcement of Saga’s new edition has drawn interest from lots of players, and that interest has developed into a deluge of questions. You’ll find answers to the most frequent ones below, direct from Saga’s author – Alex Buchel.

Saga is getting a second edition. Why?
The new edition of Saga arose from our desire to improve the game and make it more accessible.

I’ve always thought that designing a miniatures game was more of a job for a tinker than an artist. Unlike a work of art, where at some point the artist has to say “I’m done”, a set of rules constantly evolves and never stops being improved. That’s why you see players modifying a couple of rules in their favourite games far more often than you see people repainting part of their art collection or tweaking the end of the novel they bought!

Generally, a game evolves by being added to, with supplements or via errata and updates. The end of this evolutionary process (whether it’s effected by an editor or the gaming community) marks the final end of the game in question.

I have never really liked errata and updates. They are necessarily missing from the rulebook the players have in their hands, and they must be actively looked for to be found. Having to cross-reference several sources of information (in this case the rulebook, the updates, and the errata) just causes confusion and makes learning the game harder than it needs to be.

With Saga, we’ve decided to use our errata to improve the game, removing editing errors from the book and supplements, and fixing problems that appeared after publication. But that doesn’t mean I’d stopped thinking about how – from my perspective – the game could be further improved. And those ideas were tested during our games. Some fell by the wayside, but others were carefully noted down for future use.

The release of Aetius & Arthur brought to light a problem Saga suffered from: the impossibility of getting the rules separately from a certain period. If you aren’t interested in the Late Roman or Arthurian period, you have to get the rules elsewhere, either in their most recent incarnation (Crescent & Cross) or in their original form (Saga: Dark Age Skirmishes). Since we want to release supplements opening Saga up to new periods without repeating the basic rules in each book (making them more onerous than they should be!), we didn’t want that problem or the legitimate issues it raised to continue. Not to mention it was an obstacle to making Saga as accessible as it should be.

Studio Tomahawk therefore decided last year that a new edition of Saga would see the light of day. I sat myself down to compile the notes and ideas I’d seriously collected for more than a year to draft a new version of the rules.

Saga 2 – Evolution or Revolution?
Let me reassure Saga players – you’ll recognise the game you know and love. You’ll still use Saga dice and battleboards, and you’ll still lead your Warlord to a glorious end, whether in victory or defeat!

This new edition has been a chance for us to put the years of experience we have accumulated since Saga was first released in 2011 to work ironing out certain aspects of the game, without touching the bones of the system. We have improved certain mechanisms, simplified others, and rearrange the layout. The changes are numerous, and amply justify a new edition.

I think that this new version is easier to learn, brings more tactical choices, and offers a challenge as much to existing players as to new ones. I’m sure that some of our choices will surprise players, but rest assured – we have spent countless hours around the gaming table weighing up each change, checking and testing every one to develop the current version.

How will the new edition of Saga be released?
Saga will be released as a softback rulebook of fifty or so pages. This format was chosen in order to provide the rulebook – the entry point into the Saga system – as cheaply as possible. Although for now we cannot give a price for the book, believe us when we say it’ll be lower than some have feared, and much closer to the cost of Dark Age supplements like Northern Fury than a book like Crescent & Cross.

This rulebook contains the whole game system, but does not include any factions or battleboards. It explains the mechanisms of movement and melee, how to assemble a warband, the special rules, and includes a generic scenario.

Over time we will publish the Saga Universes. These will be hardback books devoted to a particular historical period or fantasy setting. Each of them will specifically describe the special rules for all its factions and will provide several battleboards. Each Saga Universe is an independent and self-sufficient product (well, except for the main rulebook). Therefore, each Saga player will be able to choose the universe or universes that interest them, without having to invest in the entire collection, or having to buy books on periods which don’t appeal to them.

The first of these Universes will come out at the same time as the rulebook. It will be Age of Vikings, which will cover the Dark Ages from the 8th to the 11th centuries with no less than 12 factions, the legends of this heroic age, and mercenaries for you to recruit.

The following publications will cover other settings, historical, mythological or fantastical. Images from the teaser video should give an idea of the direction we’re aiming in…

We also intend to publish the Book of Battles, which will be an ideal companion to the rulebook. It’s a collection of scenarios, additional rules and gameplay options for players who want to explore Saga in different forms, with scenario-driven play, campaigns or multi-player games.

The factions from Crescent & Cross will be revised and rounded up in another Saga Universe, Age of Crusades, which will come out a little later in the year. Six new factions will enrich the period, bringing the contents of this Saga Universe to twelve factions in all.

Aetius & Arthur, having been developed after we’d started working on the new edition, will remain in the range and won’t be replaced. When Saga is released, we’ll make available the necessary amendments to bring it up to date. Aetius & Arthur will therefore become a fully-fledged Saga Universe, and its contents will also give you a good idea of what future supplements will be like.

The Age of the Wolf supplement will also get an update to make it compatible with the second edition.

Players will still be able to game with the scenarios in the old books, especially in the run up of the Book of Battles’ release.

It will not be impossible to play the new rules with the old battleboards, although occasional difficulties might arise. These won’t be insurmountable, and will tide players over until their favourite factions are updated.

As for figures, all warbands from current factions will be usable in their current form with the new edition of Saga. We have made it a point of principle to ensure that not a single figures will be made obsolete by the arrival of the second edition.

You’re going to add fantasy to Saga? Vikings with fireballs?
Yeah, and Saracens with flying carpets…

More seriously, we’ve never hidden our affection for myths, legends and medieval fantasy in general. We aren’t going to introduce fantasy into historical settings (at least no more than we already have, for those who think Saga is already a fantasy game!), but what Saga player could resist the call of the Iliad, Norse mythology, or any other medieval fantasy world? Not me, in any case – I dream of playing Saga in these universes!

Therefore, some Saga Universes will be purely historical, while others will draw from the myths, legends and medieval fantasy stories that have inspired us. Players will be able to choose which settings they want to play in depending on their preferences.

But I’ll still be able to pit Vikings against Crusaders?
With the new edition, we want to promote games within a single Universe. That said, since all the Saga Universes share the same basic rules, improbable encounters are possible and often pretty fun.

Nevertheless, players should keep in mind that the Saga Universes will be developed independently from each other. Therefore, even if we are confident of the balance between factions in a particular setting, we cannot guarantee that battles between warbands from different Universes will be fair. But checking for yourself costs no more than the time to play the game!

When will all this be available?
The rulebook and Age of Vikings will come out first, in 2018. Age of Crusades and the Book of Battles will follow. After that, we have lots of other Universes in development, and the order of publication depends on how quickly they each progress.